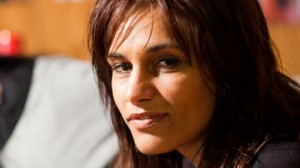 Shai started her acting career at the age of seven as a featured extra on a run-away bus in an episode of Police Rescue. She’s still got an on-set photo of her with Gary Sweet. In between she has featured as Cathy Freeman’s body double in an Earth Hour commercial, posed as an athlete on the billboards and postage stamps celebrating the Athens Olympics and played a supporting role in an episode of All Saints. Her most significant work is playing opposite Chris Haywood in an AFTRS short film, the celebrated two-hander Fuse in 2005. Shai, a Blacktown girl, is a water baby and loves diving for abalone with her Yuin family and friends on the South Coast of NSW. 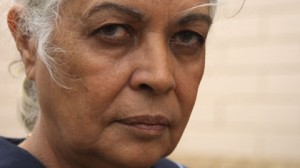 Marcia has previously acted for the screen in Tracey Moffatt’s short film Night Cries: A Rural Tragedy, which screened In Competition at the Cannes Film Festival in 1990. We convinced her to come out of her acting retirement by promising to babysit her (rather large) Chow-Chow dog Finn while she was on set.

In her day job, Marcia is the Foundation Chair of Australian Indigenous Studies at the University of Melbourne. Her work in anthropology and the advocacy of Aboriginal rights was recognised in 1993 when she was made a member of the Order of Australia. 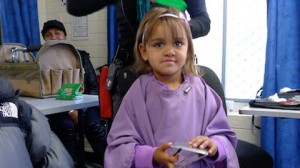 Quinaiha makes her acting debut in Here I Am after her mother Lena taught her ‘gammin’ acting by watching TV and encouraging her to copy the actors. Lena also taught her to listen and do what she’s told – perfect mothering for an aspiring actor! Quinaiha was four when we shot the film and this year she has just started school.

Bruce is from Murray Bridge near Adelaide. Apart from being a great actor he is also a talented singer, musician and footballer. Bruce has acted before in supporting roles in several films including The Life of Harry Dare by Aleksi Vellis.

THE WOMEN OF TEMPLE HOUSE

The women of Temple House range from an award-winning actress to a psychologist who has never acted before: 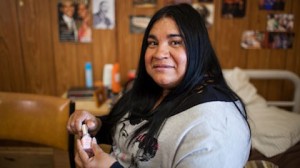 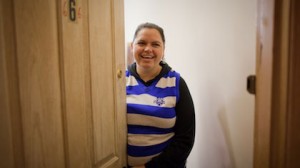 Nepotism gets you to the audition, but then you’re on your own. Tanith is Beck’s niece and, we suspect, has always harboured a secret desire to act. Lucky she’s good at it. She lives in Alice Springs, has two children and has worked in different jobs including as a runner on several film-sets and as a librarian at Alice Springs library. 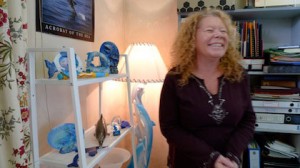 Vanessa is a psychologist in central Sydney, mainly working with Aboriginal youth in Glebe and Redfern. We met her through a mutual friend and Beck spent many hours picking her brains as a sounding board for the script. Then before you knew it, the character of Big Red became Vanessa and Vanessa became Big Red. Prior to being in the film, she hated having her photo taken. 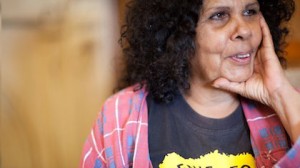 Betty is a prominent actress, singer, and songwriter and has appeared in many films and theatre productions around Australia. Betty is a walking history book of Aboriginal culture and society, a compelling storyteller and an expert in the Ngarrindjeri weaving technique, which you can see her performing in the film. Betty lives in Adelaide next door to Beck’s Aunty Helen. 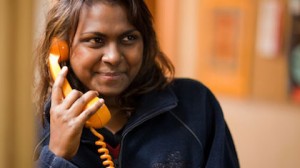 Beck first spied Yanja on the street when we were hanging around outside the Tandanya Centre in Adelaide waiting to go in to see a show. Originally from Ramangining in Arnhem Land, Yanja was in Adelaide attending university and looking after her young daughter. She has recently had another baby – a second little girl. 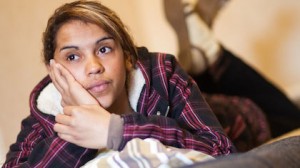 In addition to having the best name of all the cast and crew, Misty is also the best dancer. Here I Am is her second feature film, after having appeared in Kriv Stenders’ Boxing Day in 2007. She has just finished high school and would like to pursue a career in acting. She lives in Adelaide. 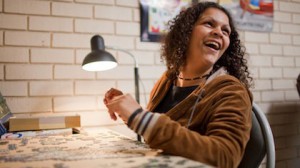 Rhiannon is Adelaide born and bred and older sister to Misty. We came across her when we were trying to track down Misty and asked if she would like to audition. Despite very little acting experience she decided to give it a go – and we loved her. She is in her mid-twenties and has a young son. 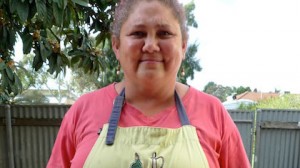 Another case of nepotism and art imitating life – Carol is Beck’s aunty. We went to a women’s hostel on the outskirts of Adelaide to audition some potential actors and to get some reference photos for the design department of a real life hostel. And there was Beck’s aunty – working at the hostel and practicing her method acting complete with apron.